Igbo Culture & Traditions: Historical Background of Ndigbo
History and archaeological evidence discovered in Igboland which includes pottery, metal wares and prehistoric artefacts from Davidic times suggests that the Igbo people lineage can be traced back to the patriarchal Eri the fifth son of Gad; son of Jacob.

Eri is believed to have wandered and settled in the medieval West Africa as far as the 9th century (948 A.D.). The predominant influence exercised by Eri necessitated a sporadic spread to South Eastern Region of present Nigeria and the establishment of Umuleri, Aguleri and Nri kingdom (948-1911).

The vast majority of those enslaved that were transported to the New World, many on the triangular trade route and its Middle Passage, were West Africans (Numerous Igbos ”Oru” were sold). Current estimates are that about 12 million Africans were shipped across the Atlantic, by the Portuguese, the British, the French, the Spanish, the Dutch Empire, and the United States. The sequel British colonialism of various African Kingdoms negated the amalgamation of the Igbo kingdom of Nri in the modern day Nigeria in 1914.

Iri Ji Festival or Iwaji/Ili Ji Yam Festivall: The Iri-Ji festival is celebrated at different times within the Igbo land, starting from August until October every year. Ji (or Yam) is a very important food crop in Igbo Land.

Igbo Kultur & Traditionen: Traditional Attire
Modern Igbo traditional attire is generally made up, for men, of the Isiagu top (or Ishi agu) is usually patterned with lions heads embroidered over the clothing. It can also be plain, (usually black). It is worn with trousers and can be worn with either a traditional title holders hat (a fez named okpu agu or agwu), or with the traditional Igbo stripped men’s hat (which resembles the Bobble hat).

For women, an embodied puffed sleeve blouse (influenced by European attire) along with two wrappers (usually modern Hollandis material) and a head scarf are worn.

Igbo Culture & Traditions: Language
Asụsụ Igbo is the principal native language of the Igbo people. It is derived from a group of languages Igbo proper, Ikwerre, Ika, Izii–Ikwo–Ezza–Mgbo, Ogba, and Ukwuani-Aboh-Ndoni, commonly found in Southern parts of Nigeria. It is based a lot on pitch, vocal inflections, and context when defining the meaning of a word. A single word can have numerous meanings depending on these factors. Idioms and proverbs play an important role in the Ibo language.

Igbo Culture & Traditions: Art
Igbo art (Igbo: Ǹkà Igbo), is visual art originating from the Igbo people. The Igbo produce a wide variety of art including traditional figures, masks, artifacts and textiles, plus works in metals such as bronze. Artworks form the Igbo have been found from as early as 9th century with the bronze artifacts found at Igbo Ukwu.

Igbo Culture & Traditions: Daily Life
Village life for the Ibo people is like many other villages in Africa, but still unique in an Ibo way. Ibos live in villages that have anywhere from a few hundred to a few thousand people comprised of numerous extended families. A very interesting thing about these villages is that there is no single ruler or king that controls the population. Decisions are made by including almost everyone in the village. There are established institutions such as a council of elders (a groups based on age), a council of chiefs, womens associations, and secret societies. The Ibos simultaneously emphasize individual actions and community living.

Igbo Culture & Traditions: Religion
The Ibos are profoundly religious. The ancient Igbo religion and traditions are known as Odinani. In Igbo mythology, which is part of their ancient religion, the supreme God is called Chukwu (“great spirit”); Chukwu created the world and everything in it and is associated with all things on Earth. Chukwu is a solar deity. They believe that there are three levels of divine beings: the highest level is the supreme god, or “Chukwu.” Underneath Chukwu are lesser gods, called “Umuagbara”, and under these are the “Ndi Ichie,” the spirits of dead people.

The Ibos also believe in reincarnation. And since the Ibos believe that everything in life is controlled by higher powers, there are also diviners in a village that attempt to predict the future. Each village has priests and priestesses who help in all spiritual matters, conducting ceremonies and rituals.

Today, the majority of the Igbo people are Christian, well over half of whom are Roman Catholic 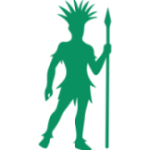